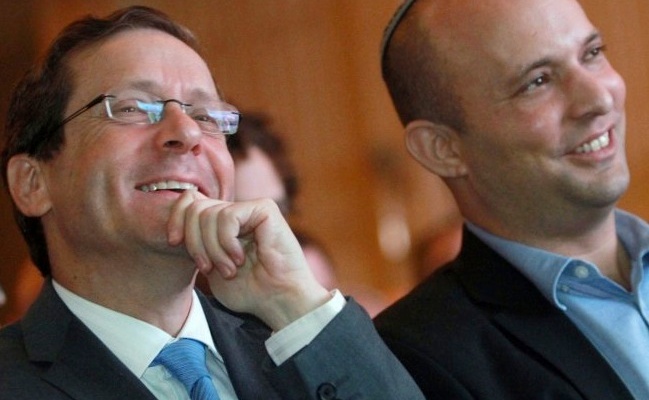 Who can best represent Zionism? The secular Labor leader Herzog, or Bennett and HaBayit HaYehudi?

Benjamin Netanyahu is facing a difficult decision.  Should he base his next government on support of the party of settlers in Judea and Samaria, or on the secular Labor party?

The major question will be:

What is the base, the very foundation of the state of Israel?

For the party Habayit Hayehudi the Mountains of Israel is the heartland of the state of Israel.  This land was gifted to the Jewish people by their God, as explained in the Bible.  The mountains of Israel, named the districts of Judea and Samaria is Jewish land. There can never be signed a trustworthy peace agreement, based on a surrender of these two districts to the Arabs.  In fact, such a “peace agreement” will endanger the who state of Israel.

Benjamin Netanyahu seems to waiver between these two claimed true movements of Zionism.  In the coming weeks we will see which of the two alternatives will be included in the foundation of the next Government of Israel.

The prophetic word explains that Biblical Zionism will one day be abolished, and a false “peace agreement” being signed. Like the “Oslo accord” of 1993. Than the last and final antichrist will take the Jewish people for a ride. Next: The true Messiah will return.

Do not side with the wrong camp. Be sure to support and wait for the returning Messiah.