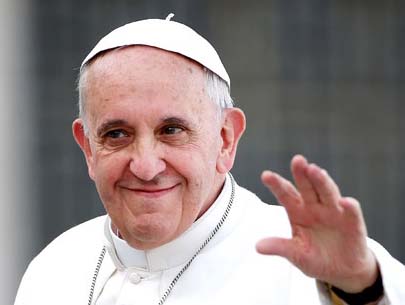 Pontiff’s comments are likely to anger Turkey, which denies that the deaths 100 years ago constituted genocide.

Pope Francis marked the 100th anniversary of the slaughter of Armenians by calling it “the first genocide of the 20th century” – a politically explosive pronouncement that is likely to anger Turkey.

Historians estimate that up to 1.5 million Armenians were killed by Ottoman Turks around the time of the first world war, in what is widely viewed by genocide scholars as the first genocide of the 20th century. However, Turkey denies that the deaths constituted genocide, saying that the toll has been inflated and that those killed were victims of civil war and unrest.

Turkey’s embassy to the Holy See cancelled a press conference planned for Sunday, presumably after learning that the pope would utter the word “genocide” over its objections.

Several European countries recognise the massacres as genocide, though Italy and the United States have avoided using the term officially given the importance they place on Turkey as an ally.

Pope Francis is surely an activist head of the Roman Catholic Church. He is the first leader of the Vatican who support the Armenian people, in their struggles to get International recognition of the Turkish genocide dung World War One.

The Pope has chosen his words carefully. He do not call the genocide for an “Islamic slaughter of Christians”. After the Ottoman Turk genocide of the Armenian Christians, only 0,2 per cent of the Turkish population remained believers in Jesus as God.

The Vatican has an embassy in Ankara, and Turkey has an ambassador in the Vatican.  There might be diplomatic turbulence in the pipeline. Let us hope and pray that the cowardice US Government and Italy also start to support those who tell the truth about Turkey. An give honor to all Christians who have been slain by the sons of Muhammad.

Let me underline:  This website believe the seat of the Pope is a seat of an antichrist.  Still we support right moves, even by dangerous world leaders. May it be Putin, the Pope or the King of Saudi Arabia.
May Jesus the Messiah have mercy on all deceived souls.