Is God still with them? 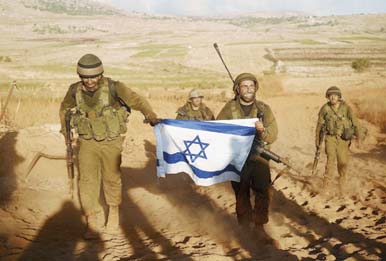 People who preach replacement theology teach that God of the Bible has ended His special relationship with he Jewish people. Neither has the modern state of Israel any significance in His plans for the final judgment of the World. Nor will Israel and the Jewish people be in the center of the second coming of His Son.

They tell us that we should not pay to much attention to Israel. Our support of her is based on the same love we share for all nations. We will share our faith in Jesus with the Jewish people, just like with any other people on Earth. The earthly city of Jerusalem is of no importance to God, and can therefore be divided without implications in our relationship with God. We should rather focus on the heavenly Jerusalem, which is still unseen, not yet come down to us from Heaven.

Is this teaching Biblical, does it express the will of our Father in Heaven?

Unfortunately not, for those who live in such an terrible error.

God of the Bible is very concerned about Israel. He said that He would gather the Jewish people from all the nations He had scattered them, and bring them back to the land he promised their forefathers as an everlasting homeland. (Ezekiel 36:24). This promise was fulfilled in 1948. Whatever we may think about this, it does not have any impact on the character of God. He can be trusted. (Genesis 17:7-8). That the state of Israel has survived 60 years of constant hostility is by it self a miracle, and the best proof in our days, that there is a living God of Israel fighting for them.

The Zionist movement is colorful. Few of them understand that it is God who has gathered them, and will keep on gathering them home to Israel, to prepare the World for the most awesome moment ever. The return of the Messiah! First, He will come in the clouds of Heaven, and finally make a touch down in Jerusalem.

How do we know the Messiah will end up in Jerusalem?

In Acts 1:11 Two Angels tells the students of Jesus that their Lord shall come back in the same way as He left. He ascended into Heaven from the Mount of Olives in Jerusalem.

Zechariah 14:4 explains this return in details:
«On that day his feet will stand on the Mount of Olives, east of Jerusalem, and the Mount of Olives will be split in two from east to west, forming a great valley, with half of the mountain moving north and half moving south.

In Luke 13:35 Jesus explains that the Jewish people shall be surprised that He who has come, is their saviour, their Messiah. They shall face Him in unbelief, and praise Him. In Luke 14:4 Jesus foretold that just before He returns, Jerusalem will be surrounded by armies. All nations will be gathered against Israel, and will be judged for going against the Word of God, who have taught us to bless Israel and help her. The prophet Joel warns us not to divided Zion, Israel, God´s land, and try to scatter the Jewish people. (Joel 3:2). Thats exactly what the UN and all nations are trying to force Israel to do in our generation.

Israel is not innocent, and shall face judgment for her sins and disobedience. But you have no right to judge her, and to go against her. She is not a treat to anyone, and long for peace, safety and security. If you have chosen Israel as your enemy, you have also chosen to fight the only true and living God of the Bible. Please do not do that.

Give your life to the Jewish Messiah. And chose to stand with Israel in all her troubles.

Did the Jews kill their own Messiah? 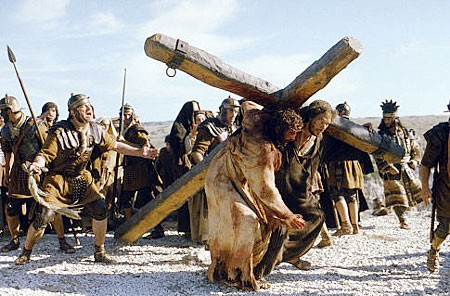 «if Jews didn’t kill Jesus, who did???» Certainly Romans drove the nails into his hands and feet, but the Jewish Sanhedrin sentenced him to death».

This was the best comment on this blog this week, and its illustrate one of the most important questions in the history of the human race. A lot is at stake here.

The «problem» with the death of Jesus, is that in the Court of Law, there has has to be a dead body before anybody can be accused of murder.

Since the Bible claims Jesus is alive, someone must have misunderstood.

Not only does the Bible claims that the Messiah is alive, tens of millions of people claims the same.

Jesus him self support those who claim that the Jewish people is innocent of this human accusation, that they are murders:

Jesus Him self gave up His life. And He took it back, to be alive forever more. The grave was empty. The was no murder, there was no killer, and the supposed to be a victim is alive and kicking.

The human Court of Law, who have accused the Jewish people of «killing» their own Messiah, King Y´shua is the real criminals. They have even committed genocide in the name of peace and justice to prove their case.

Jesus did not carry the cross because He wanted anyone to be blamed. He carried the cross to carry the sins of the World. He died on the cross in Jerusalem and rose again!, so we all could get a chance to change our ways, believe in Him and live.

I am one of His witnesses. The Jewish Messiah is alive, and He loves the Jewish people.

Back to the original question:

I did. It was my sins that drove Jesus to the cross. He gave up His life because He loved me.

You also are a sinner that needs to be saved by Him.

301 thoughts on “The people of the book”