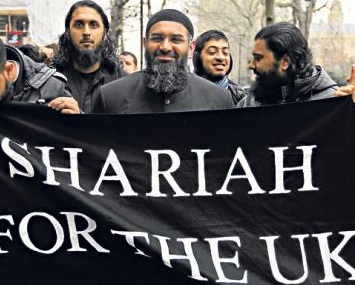 Comment by Jonathan Freedland. He is the Guardian’s executive editor, Opinion,

When terror strikes, we all become mind-readers. With no words to accompany the violence, it’s left to us to supply the motive. We insert our own guess, ventriloquising the killers who remain enigmatically mute. It happened again this week, following the slaying of 12 people at the offices of the Charlie Hebdo magazine with little more than an “Allahu Akbar” to go on. They hated the cartoons, we say. Free speech was the target, we declare. They wanted to silence satire and gag dissent.

Then on Friday, a siege at a kosher supermarket, four hostages confirmed dead, the murderers apparently linked to those behind Wednesday’s carnage. Oh, we say. So perhaps the killers’ problem was not with ugly cartoons or vicious depictions of Muhammad after all. Maybe their motive is of a different order, one we find much harder to comprehend. Perhaps the murderers are bent on killing people not only for what they do, but for who they are.

It’s hard to live in a senseless world so people, even well-intentioned people, will try to make sense of this latest, desperate twist in Paris. So far there have been mercifully few attempts to make the usual, kneejerk move, insisting that the animating grievance must be western foreign policy. It is hard to draw that conclusion when the targets have been a satirical magazine and a shop selling salt beef and pickles. Some will doubtless talk about Muslim antagonism to Israel, as if an infant in a kosher deli is somehow responsible for the conduct of a government 2,000 miles away.

So there’s little surprise the jihadists who turned Paris into a war zone turned their guns sooner rather than later on Jews. That’s what happened in Mumbai in 2008 and again in Toulouse in 2012, when Mohammad Merah killed a rabbi and three children at a Jewish school, pulling an eight-year-old girl by her hair to shoot her in the head.

What we see is the rise of the ugly face of neo-Nazism in Europe.

As long as the state of Israel exist, there will be no end to this “holy war” a bid to terminate the Jewish people.  The Jews literally returned to rebuild their occupied homeland, after escaping  the gas chambers in Germany and Poland. Two predomminately Roman Catholic nations.  In German, even a large parts of the Lutheran Church fell prey to the antisemitic past of Martin Luther. Blinded by their replacement theology, they joined the nazi-criminals or remained silent.

Koran-based Islam do not permit the Jews to have a homeland, where they can live as a majority. Like the replacement theology of Rome, who forbid the Catolics to call Israel anything but “The holy land”.  This land belongs to the Pope, and there can be no peace before the subjects of this land accept his authority.

According to the Koran, the Jews must live in submission to the sons of Muhammad.  This is the very base of Islamic Jihad. The very goal of recapturing Jerusalem, and make all who live there praise “allah”.  If they do not, they will face the sword.

Be aware of the evils of all the Western leaders who have surrendered to the demands of Islam. The same raninbow gathering who hail the Jesuit papacy, who lately prayed towards Mecca. They have become a fifth column in your own city. They are the betrayers of the Western civilization, with a well documented Christian past.

May Jesus the Messiah have mercy on all deceived souls. He is about to return to save all who are waiting for Him. Amen.

2 thoughts on “The Guardian: The Fascist death cult”