Finally they caught him. In the center of Paris. The only problem is that, the US Intelligence understood to late, that they had mistaken your identify with his. 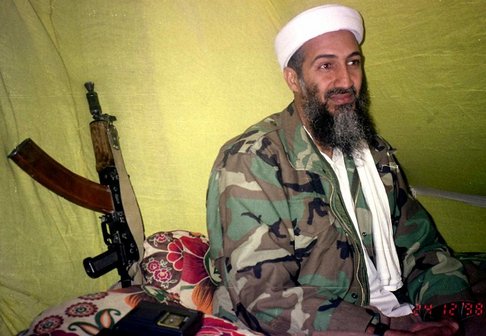 Global Positioning System or (GPS) in Mobile phones makes it easy to find out exactly where you are. Thats great. But its also makes the authorities able to trace you down to the exact coordinate, to locate your exact position.

They are able to pin point you down to the chair in the restaurant you are sitting.

Last week I walked straight into the the mayor of my township in the center of a railway station.I asked him a simple question:

– How long, do you think it would take before this place is blow up, if the US had misplaced your ID-file with the one of Osama Bin Laden?

Today, there is a possibility that such «misplacement» can happen. The fastest growing crime in the United State, is theft of peoples electronic identity.

If I was about to rob a Internet Bank, It would be stupid to use my own ID. I would rather use yours, and put your electronic fingerprint on the crime scene.

If I wanted to blast your house, I would place the electronic finger print of a mafia boss into your Nokia N97. Since the government also have been able to put another GPS-device on you, they will quickly be able to make a «kill».

They obviously thought the two of you had driven up to your house in the same car.

The last antichrist will use supreme technology. If he always knows where you are, who you meet, and what you are doing and thinking, he will surely get you.

He will also be able to deceive you, to let him get unlimited access to you.

A few weeks ago, I participated in a Conference that presented the latest in mobile technology in educational systems. The latest positive arguments of placing GPS on new touch screen mobile phone, are just «irresistible».

Here is a couple of examples:

On a holiday, you walk down a street in London. Suddenly, there is a fresh message in your mobile: «The book you have been searching for, is available on the book shop to your right».

How is this possible?

The book keeper simply put the GPS coordinates on all his books. And you had published the book request on you facebook last week…

Another 500 meters down the streets of London, a new message pops up: «Your favorite movie will be screened at 8 pm. this evening at the theater on your right hand side».

The best thing about GPS- technology, is that your children will never be lost again. And if you get a heart attack in your sleep, the ambulance will be at your door almost before you have waken up.

Because the SIM-card-type of micro-chip you have operated in under your skin, do monitor your heart beats. It did send an alarm message to the doctor on duty at the nearest hospital.

Thats amazing. Can anyone say «no» to such a life saving technology?

Very soon you will not be able to buy and sell, without using this supreme and perfect technology. Did you know that this kind of technology solution to all kind of monetary problems, were foretold 2000 year ago?

The fastest growing crime on Earth

«The FBI calls it «the fastest growing white-collar crime in America».

«It’s identity theft and it can happen to anyone, even celebrities. Oprah Winfrey, Steven Spielberg, and Tiger Woods, all of whom have had their identities stolen».

Dzhokhar Dudayev was a former Sovjet air force officer , that became one of the founding members of the Chechen rebel movement. He was named president of the nascent group in 1991, and officially declared the Chechen Republic of Ichkeria independent from Russia. Dudayev was killed in 1996 by a Soviet missile that apparently honed in on his satellite phone.

In military terminology this is called « asymmetric war fare», used by the US both in Iraq and Afghanistan.

4 thoughts on “Osama Bin Laden caught with a Nokia N97”