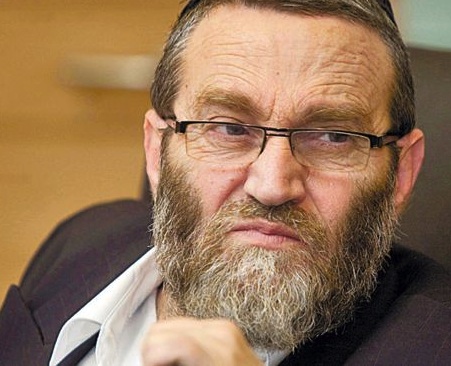 The Knesset Finance Committee voted Wednesday not to extend tax benefits to a Christian nonprofit organization, saying it breaks the law by baptizing Jews.

The committee gave authorization to 54 organizations dealing in education, welfare, religion, sports, culture, and other fields for inclusion under Clause 46 of the Income Tax Ordinance, which allows donors to receive tax breaks for their contributions to such organizations, but took Yachad Ramat Hasharon off the list.

“It’s against the law to baptize Jews as Christians and if we would have authorized the benefit for this organization, it would mean that the government is allowing and even encouraging fund-raising for missionary activities that undermine the Jewishness of the state,” Gafni warned.

Despite Gafni’s comments, missionary work and converting to Christianity is not illegal in Israel.

There are two laws relating to missionary activity in the Israeli Penal Code 1977. Clause 174a prohibits offering material inducement to entice someone to convert, and clause 368a which prohibits missionary or proselytizing activity directed at minors.

Before NGOs can apply for Clause 46 approval, they must be audited by the Israel Tax Authority for good governance, which then recommends the request for this status to the Knesset Finance Committee. Clause 46 approval can be denied if the organization is found to be acting illegally or if it is not approved by the Tax Authority.

In the past, messianic Jewish groups and others have had their request for tax break status referred back to the Tax Authority by the Knesset Finance Committee, but were subsequently approved.

Some Christian Zionists have made the state of Israel their idol. Their claimed “love’ for Israel do not include their willingness to share the gospel with Jews.  A Messianic Jew who survived the Holocaust, categorized such kind of “love” as the worst form of antisemitism.

The same Messiah who restored Israel in 1948, died for the sins of the world at Calvary Hill in Jerusalem, about 2.000 years ago. By shedding His own blood, he obtained eternal redemption from sins, for all who believe in Him.  All who reject Him, included the Orthodox Jewish leader on the The Knesset Finance Committee will perish. They have no blood to offer as atonement for their sin, as the Torah demands.

The Bible explains that all who wants to live a godly life for the Messiah, will be persecuted. That includes all Messianic Jews in Israel.  It is the religious leaders who persecute Jews who believe Yeshua is the Messiah. Likewise the religious authorities persecuted the Messiah and His followers 2000 years ago.

Matthew 5:10
Blessed are those who are persecuted for righteousness’ sake, For theirs is the kingdom of heaven.

Yes, and all who desire to live godly in Christ Jesus will suffer persecution.

Most of the secular Jews, who count for 70 per cent of the population of Israel, have no issues with Messianic Jews. If you pray for the power of the Holy Spirt to come up on you, and share the gospel with them, you are probably in for two surprises:

First: You basically got the power to obey the Messiah:
Second: The secular Israeli responded by saying” You are probably right. I can not deny that Yeshua might be the Messiah”.

To stand united with the Jewish people, do not make anyone a Christian. Even pagans in India voice strong support for Israel in her battle for survival, and seems to have a better ability to discern right from wrong, than many religious Europeans.  Educated claimed  “Christian” who do not stand up for Zionism and the right for Jews to live in Judea, Samaria and East Jerusalem, have no clue about who their “Christ” is, not being the Messiah of the Bible.

The Bible says that the gospel is for the Jew first, and than for the gentiles. If you have never experienced this to be true, in relationships with the Jewish people, you are not a follower of  the Messiah you claim to know in your heart.