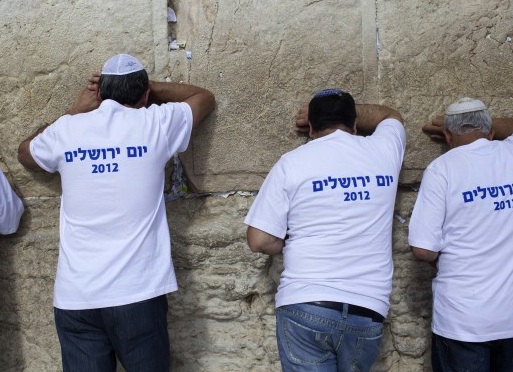 The ruling affirmed the president’s power to grant formal recognition to a foreign nation and that Congress cannot pass a law directing the State Department how to record the place of birth of a child born to American parents abroad. The original case was brought by the parents of now-13-year-old Menachem Zivotofsky, in an effort to have “Israel” appear on their Jerusalem-born son’s US passport.

I hope it now becomes obvious to all Jews and Christians that the USA is no true friend of Israel. America’s support for Israel is conditional. As long as the Jewish state obey the foreign policy of Washington, the US will protect it by its veto-power in the United Nations. If Israel refuse to bow before the doctrines of the CIA and Pentagon, the Jewish state will be on its own.

The issues of Jerusalem is the hard core of the problem. The papacy refuse to accept Jerusalem as the capital of the Jewish state. The majority of the Supreme Court in the USA, are subjects of the Pope. They have to work for the eviction of Zionism from this city, claimed by the Pope since 1099 A.D.  The Pope wants Jerusalem to be granted a special status, and be lead by an administration that unites the World’s religions with the “holy chair” located at the Temple Mount.  This can not be done as long as ‘judaizers” are in charge of the “Holy basin”.

Zechariah 12:3
On that day, when all the nations of the earth are gathered against her, I will make Jerusalem an immovable rock for all the nations. All who try to move it will injure themselves.

Romans 9:33
As it is written: “See, I lay in Zion a stone that causes people to stumble and a rock that makes them fall, and the one who believes in him will never be put to shame.”

All who obey the Pope, will share in his eternal damnation. The rule of the last man of lawlessness will be brief, located at the very end of the age of grace. But all Catholics who renounce the evil of the Papacy, have a good chanse to inherit the Kingdom of Heaven. Therefore be wise. Repent, and accept the true Messiah as Lord and God.  Yeshua is the Messiah. We can expect no one else to come as rescue us.