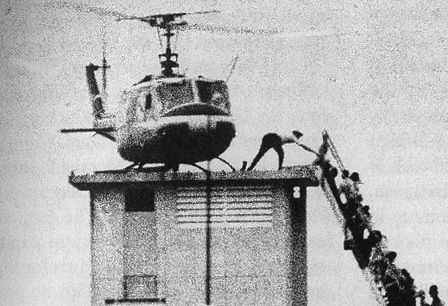 As many as six suicide car bombs and mortars were used in the assault on the compound that houses the main police HQ and governor’s office.

The heavily-Sunni province of Anbar covers a vast stretch of the country west from the capital Baghdad to the Syrian border, and contains key highways that link Iraq to both Syria and Jordan.

The White House said on Friday US Vice-President Joe Biden had spoken to Iraq’s PM Haidar al-Abadi and pledged to deliver heavy weaponry, including shoulder-held rockets and additional ammunition, as well as supplies to the Iraqi forces.

Syrian government forces and warplanes are trying to halt the advance of IS fighters towards the World Heritage Site.

Cultural officials fear that if IS makes it to Palmyra, they will destroy the historic ruins like they have at several other ancient sites in Iraq.

The failed US-British invasion of Iraq, has triggered a massive sunni Muslim uprising in the Middle East.  The backlash caused by the warcrimes of Bush-Blair is apocalyptic.

The US Government has been forced to request the Shia dictatorship of Iran for help, to secure he US Oil facilities in the area.

In a bid to save Bagdad, the US-Iranian nexus has called in he Islamic terror-group Hizb”Allah to secure the frontline west of he Iraqi capital.

After the fall of Ramadi, the US will continue to support Hizb”Allah with heavy weaponry, to hinder the capture of Fallujah. This embattled city was the center of a massacre by US marines during the second Gulf war. After the US withdrawal, several Islamic terror organization has fought for the controll of the city.

That Pentagon has started to fight with the Shias to secure the gains of the Iranian Revolution in 1979. The new US-Iranian alliance has upset the largely Sunni population in Arabia and North Africa  The Obama Administration has failed to rally the Sunni kingdoms to support the Iranian war against the Islamic state. Fearing that their own heads will be the next to role, if they join the US supporters of the Shia minority in the area.

because those will be days of distress unequaled from the beginning, when God created the world, until now—and never to be equaled again.

At best the US military doctrine in the Middle East has failed. The truth is that Obama stands firmly in the camp of the Ayatollah, in a bid to stop billions of US dollars of oil investments to fall into the hand of the owners of this stolen land. The Sunni Muslims.

The dirty American wars for oil is a never ending story.  Muslims at large take a stand against Christianity, because of the warcrimes of the “Christian west”. Not understanding that the men behind the theft of their oil resources, do not represent Jesus the Messiah.  Biblical Christianity has been replaced by a copy-cat religion that misuse the name of “Christ”.

People who have been captured by such religious spirits are players in the Satanic plan to create injustice followed by chaos. If you do not have dicsernment, you will eventually support and join them.

Stand firm against all these evils, and rather expose them. Preach the gospel. Praise Jesus.

One thought on “Bagdad face the faith of Saigon”