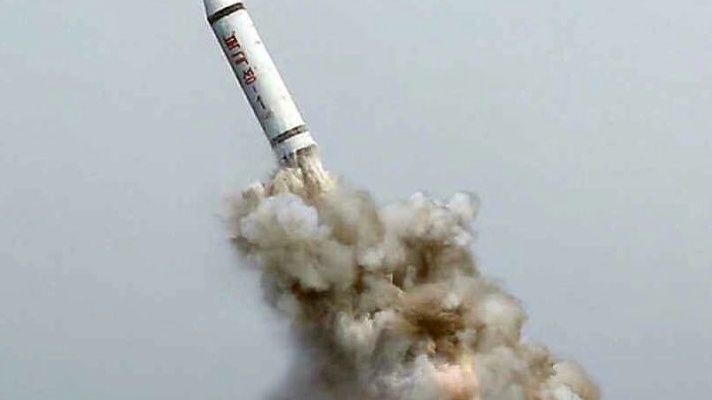 North Korea said on Saturday it had successfully test-fired a ballistic missile from a submarine, a step that would mark significant progress in the secretive state’s military capabilities.

It could pose a new threat to South Korea, Japan and the United States, which have tried to contain North Korea’s growing nuclear and missile strength, military experts said.

The North’s leader, Kim Jong Un, oversaw the test-launch from an offshore location as the submarine dived and “a ballistic missile surfaced from the sea and soared into the air, leaving a fiery trail of blaze,” the official KCNA news agency said.

“Through the test, it was verified and confirmed that the underwater ballistic missile launch from a strategic submarine fully achieved the latest military, scientific and technical requirements.”

North Korea is under United Nations sanctions banning it from developing or using ballistic missile technology.

The United States would not comment on the reported test but said launches using ballistic missile technology were a “clear violation” of U.N. Security Council resolutions.

George W. Bush promised the World that North Korea would not be permitted to development a nuclear bomb on his watch.

Barack Hussein Obama has promised that Iran will not be permitted to do the same.

The promises from these two presidents of the USA is worth close to nothing. In fact, exactly zero.

With North Korea ability to nuke Seattle and Los Angeles, the downfall of the USA as a global police force has ended.  The USA is 17 trilllion USD into the debt trap, and still falling deeper into the mud of economical mismanagement.

The Pentagon will soon be forced to downscale the US military presence over seas. And the longest lasting military doctrines in the Post World War II area will come to an end.  The US will not be able to fund the wars over seas, and play on all sides of the table. The Jihad movement will soon get the military technology gained by North Korea, and the “Holy War” will enter mainland America.  The consequence will be global chaos and panic.

Out of this panic, a global peace movement will occur.  The last man of lawlessness will performe mighty signs and wonders, by the powers of Satan. All people who have not go their name written in the book of life, will unite and hail him. Those who still tell the truth and remain loyal to Jesus the Messiah, will be branded as the enemy of mankind and “peace”. They will be captured, persecuted and many of them slaughtered.

Do not worry, even to the pooint of death. The martyrs will raise again, and reign with the Messiah in the age of judgment. In this age, the sheep and the goats will be separated. Everyone who sided with Satan and his followers, will be sent to Hell.

Matthew 25:41
“Then he will say to those on his left, ‘Depart from me, you who are cursed, into the eternal fire prepared for the devil and his angels.

In the midst of the Great Tribulation, the Messiah will rapture His true witnesses. In the battle ahed, Satan and the false prophet will be defeated. Those who have obeyed, trusted and relied on the Messiah, will be saved and found inside the Kingdom of Heaven. These days of horror will be shortened for the sake of the elect.

“Then the King will say to those on his right, ‘Come, you who are blessed by my Father; take your inheritance, the kingdom prepared for you since the creation of the world.

Let us pray that many more souls will listen to the truth, and  be rescued from the eternal fire. May Jesus the Messiah have mercy on all deceived souls. Amen.