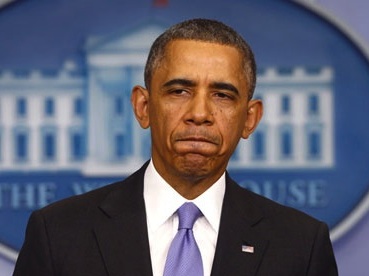 Obama lost by a 98-1 vote. The Senate will review any nuclear deal with the Ayatollah of Iran.

A key bill to increase congressional oversight of a future nuclear agreement with Iran passed the Senate by an overwhelming majority of 98-1 Thursday, in a move that could limit President Barack Obama’s room for maneuver in negotiations with Tehran.

The bill will allow Congress a 52-day review period of any agreement that the US reaches with Iran over its nuclear program in the framework of ongoing talks between Tehran and the six world powers. It will also require regular reports from the president on the progress of Iranian steps to scale down the nuclear program, and will curb the president’s ability to negate Congress-imposed sanctions by signing repeated waivers.

It is likely that the American nation will survive eight years with Barack Hussein Obama as their leader.

It is not likely that any capital in the World will survive a nuclear attack by Iran. You simply to not give radical Islamists the permission to develop a bomb. If they try to do it, you will have to stop them.

The lesson from the Iranian Revolution of 1979, is that Islamic terrorism has been institutionalized.  Tehran is the epic center of support for Muslims who cripple and kill for “allah”.  The only reason for why Iran is “peaceful”, is that all opposition has been removed. Christians has simply disappeared. Those who want to revoke the priestly dictatorship, has been hanged or beheaded.

The Senate has been able to discern Obama. Also his fellow congressmen in the Democratic party. They do not trust that Hussein Obama do not have the American peoples best interested in mind, but acts in loyalty with centers of Muslim powers over seas.

Many Christian leaders have claimed that Obama is a “Christian”. Shame on all who accepts this falsehood. They have no discernment, and do nor represent Jesus of the Bible.