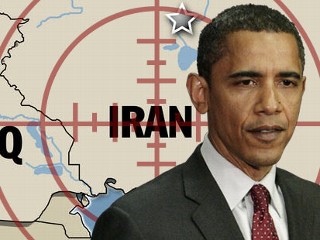 The White House accused Republicans in the Senate of partisan interference in negotiations with Iran over its nuclear program on Monday, after 47 caucus members sent a letter to Tehran warning of their intent to undermine any future multilateral agreement.

Opposed to the deal under discussion, which would temporarily cap, restrict, roll back and monitor Iran’s nuclear work, Senate Republicans informed Iran that such a deal would be a “mere executive agreement” without a vote of congressional approval.

“The next president could revoke such an executive agreement with the stroke of a pen,” reads the letter, written by Tom Cotton (R-Arkansas), a junior senator, “and any future Congresses could modify the terms of the agreement at any time.”

White House press secretary Josh Earnest responded harshly, characterizing the letter as the “continuation of a partisan strategy to undermine the president’s authority.”

Barack Hussein Obama is a walking political disaster. No only for the American population. But for the whole free world.

He has branded Islam “as the religion of peace”. He has rallied NATO behind the call for Islamic anarchism in Libya. He has formed an alliance with various Islamic terror-organizations to fight the Islamic state in Syria and Iraq, and now brand the Islamic republic of Iran as a “peace partner” in the Middle East.

Any Christian who continue to call Obama a “Christian” must be rebuked in public. Such persons spread antichristian contamination into the body of Jesus the Messiah.

Obama still acts like the Democrats enjoy the majority on Capitol Hill. In the political terminology of US politics, he is a “lame duck”.  He is not suppose to enforce any new political policy, that goes against the will of the majority in the two houses.

By trying to enforce a nuclear deal with Iran against the the majority view, Obama display his true colors. Like all supporters of the supremacy of Islam, he will use his powers to the bitter end. In this way, Obama will go down in history as the first anti-democratic president in US history. It was a fatal mistake to elevate this man to the highest office of the free world. A trojan horse has been set up in the White House.

Jesus answered: “Watch out that no one deceives you.  For many will come in my name, claiming, ‘I am the Messiah,’ and will deceive many.

From a Biblical perspective, the last and final antichrist must be revealed and elevated. The whole world will hail him, besides a few.  Non of those who hail him have their names written in the book of life. Either they claim to know “Christ” or not. When the true Messiah appears, they will all face judgment and eternal condemnation.

Please stay lojal to Yeshua is the Messiah. We can expect no one else for return and save us. Amen.

Please do not give your support to outright evil. But repent, and make the true Messiah your God and savior.