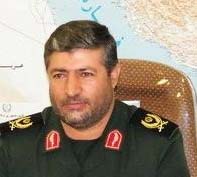 A source also told the paper that Iran was unlikely to respond directly but would instead continue to arm Hezbollah.

An unnamed Israeli official told Reuters on Tuesday that Israel was sure it was striking “an enemy field unit that was on its way to carry out an attack on us at the frontier fence” rather than a high-ranking Iranian Revolutionary Guards (IRGC) general.
But anonymous “knowledgeable sources” told Kuwaiti daily al-Rai that Israel knew exactly who was in the convoy, and why he was visiting the Golan Heights.

The main issue should not be if Israel knew or not, if an Iranian General was on the Golan Heights.

The interesting question is:  What did the Iranian General do there?

If not, gather intelligence for a future attack on Israel?

The two borders that separate Iran and Israel are now fluid. The present US-Iranian nexus has also become crystal clear. The Pentagon wants Iran to be involved in the war on the Islamic state, thinking that the Ayatollah regime is a suitable “peace partner” for Israel and the Middle East.

The Iranian General must have been given US protection as he traveled through Iraq and into Syria. But instead of being involved in collection of intelligence against ISIL, the Iranian General wanted to inspect the Syrian border with Israel.

Psalm 83:4
“Come,” they say, “let us destroy them as a nation, so that Israel’s name is remembered no more.”

The Israeli High command must have been sure there were Hezbollah commanders in this convoy, a coclusion given them based on information collected by the Mossad. Hizbollah comanders are any day legitiate targets for the Israeli Defence Force.

Israel seems to have exposed a grosser evil. That a top Iranian General was traveling together with Islamic terrorists on the Syrian side of the Golan, is yet another example that Tehran is one of the main sponsors of Islamic terrorism. A constant threats to the stabilization of the civilized world. Now in bed with Obama and his evil doers.

May Jesus the Messiah have mercy on all deceived souls, but judge these evil doers accoding to their wicked deeds of darkness.