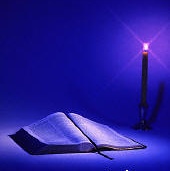 Luke 9:11
but the crowds learned about it and followed him. He welcomed them and spoke to them about the kingdom of God, and healed those who needed healing.

The Jewish Messiah explained to the Jewish people that Israel was not their final destination. He explained to them about the Kingdom of God, a kingdom which can only reach its fulness in the presence of our Father God in Heaven.  Jesus had compassion on sick people. Healing them with divine powers, He hoped they would believe He was the Messiah.