The Vatican claim they have  found the bones of the Apostle Paul. The bones were gifted to the Orthodox Church.

Jesus the Messiah was not a bone collector. Neither is there any verse in the Bibles that tells His faithful followers to collect bones, declare them ‘Holy”, and put them on display to be adored, touched, prayed to, or venerated.

On a website of an Orthodox Christian Church, I found an amazing picture, and some news about a gift the Pontiff in Rome had given this Church in the US.

Lets take a deeper look into this message:

“These relics (small pieces of bone were obtained from the Vatican and gifted in 1984 to the St. Photios National Shrine by the Three Hierarchs Church in Brooklyn, NY. Documents of Authenticity were provided by the Vatican.

The Reliquary was gifted to the Shrine by Archbishop Lakovos. Each silver container in the Reliquary contains a relic of one of the following saints”:

Lets take a look at the list of the people whose bones have been collected in this box, and put for public display. Please also pay attention to the dates approved by the Pontiff of feasts Catholics are called to honor these relics. 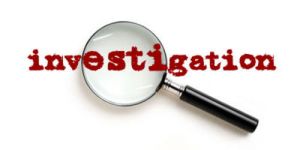 You might wish to take a look at the source of this information. Here it is.

For a Roman Catholic or an Orthodox Christan, it is possible to have a feast every day. Because the list of such “holy items” and relics are almost endless.

There are multiple sites you can visit to look at bones and skulls. This is a picture of a collection of “Holy skulls” in the crypt of a Orthodox Catholic cloister on the Greek island of Andros. Please take a look at this picture:

” As I mentioned in my earlier e-mail, they have no idea whose relics these are (and indeed there are thousands of bones in the crypt and perhaps others of Saints yet to be revealed), but the men that were there have been praying for the Saint to reveal himself to someone in a dream or vision so that we may find out who it is” .

The source of pictures and information, can be cross checked on this site.

The author of this site quotes from official sources:

Account of a Miracle at the Monastery of the Panagia Panachrandos on the Island of Andros, as Related to Me by Eye-Witness Martha Zisimou.

All readers must admit that this is an amazing collection of bones and skulls.  And if you ever find the need to go and take a look at these skulls, this is the picture of the “Holy building” where they are located.

There is obviously a problem related to these collections. How can we get a trustworthy verification of the origin of such bones and skulls?

The grave diggers must have had problems even a few hundred years ago, to identify the correct skeletons. There was no DNA-test available. And since there was no blood samples to be found in any blood bank in ancient times, a DNA-test would not be of much help either.

The Vatican sometimes starts the beautification process for sainthood hundred of years after the concerned person had passed way.

A good example of a skull that passed this process of beautification, is the one claimed to be of Saint Wenceslas. This is an interesting picture of the skull of the saint.

When the present 82 year old Pope came to Saint Wenceslas Basilica in Stara Bolesav, just outside Prague, the skull was properly dressed up.

I have no idea if the family of this diseased Catholic had any objection. I do not know if the Vatican ever was able to trace them, to ask for permission for this picture to be taken.

By the way. A Prague newspaper had reported that the Pope bowed down before this skull.  Others said he only “adored” the skull.

Her is a link to a reliable American media who reported from this event.

The collection of “Holy bones” anyhow raises a lot of interesting questions.

What if some of these bones are not from the diseased person. Would the Vatican still be able to make them “Holy”?

I guess the miraculous powers of these bones will be a source for deception, if the bones are from a different person, who might not have been so “holy”?

From Moses experience in Egypt, we learned that even Satan has miraculous powers.

And by the way:

Jesus called those who demand miracles and wonders to believe in Him, for a wicked and adulterous generation. I am pretty sure, you will not be able to find many better examples than mentioned in this report.