From the Inquisition to the pogroms, to the 6 million Jews murdered by the Nazis, history proves that Jew hatred existed on a global scale before the creation of the State of Israel. 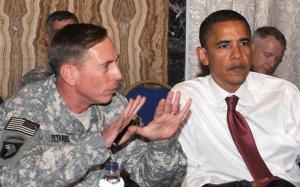 It would still exist in 2010 even if Israel had never been created. For example, one poll indicates that 40 percent of Europeans blame the recent global economic crisis on “Jews having too much economic power” — a canard that has nothing to do with Israel.

There is a lot of comments that blames Israel, for the failures of the American wars in Iraq and Afghanistan.

U.S. General David Petraeus has given one of them.

Speaking to the Senate Armed Services Committee, Petraeus explained that “enduring hostilities between Israel and some of its neighbors present distinct challenges to our ability to advance our interests in the area of responsibility.”

“Arab anger over the Palestinian question limits the strength and depth of U.S. partnerships with governments and peoples [in the region],” Petraeus said.

This is a short circuit.  Lets take a look at the facts.

When the 12 Saudi Arabian terrorists attacked World Trade Center and the Pentagon in 2001, the US was not at war with Saudi Arabia. Neither with Iraq and Afghanistan.

So, I guess the US risks Islamic attacks from Yemen, or other Islamic regimes, even after the wars in Iraq and Afghanistan are over?

Would the Saudi terrorists not have attacked the US on September 11th 2001,  if Israel had withdrawn to the pre 1967 war cease fire lines?

If so, the PLO would never have been formed. Because the PLO was formed in 1964, three years before these cease fire lines existed, and the Arabs held Gaza, the Golan Hight’s, the so-called West Bank and East Jerusalem.

There must be another reason, why Islamic forces attacked the US. It might be freedom and liberty it self that is under attack.

Could it be that Islamic terrorists would like to see both Israel and the USA destroyed, or ruled by Islam?

Be honest, dear General. And recognize who the enemy is.