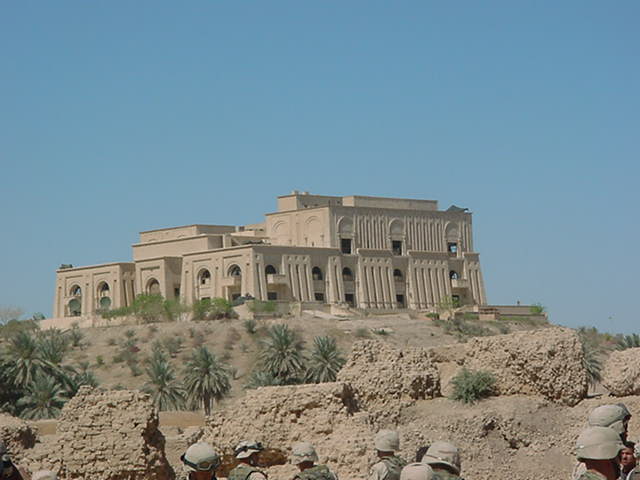 Jeremiah 50:13
Because of the LORD’s anger she will not be inhabited but will be completely desolate. All who pass Babylon will be horrified and scoff because of all her wounds.

If the servants of Allah can managed to rebuild Babylon, these prophetic words are false, and God of Israel will be proven a false God.

Saddam Hussein spent over 500 million dollars in his try to reconstruct the city and build a modern residence on the ruins of Nebuchadnezzar’s palace. Today the UN Educational, Scientific and Cultural Organization is pumping millions of dollars into Babylon and several other historical sites in Iraq.

What does the The prophetic books of the Bible has to say about this re-building project? Should Saddam have tried to rebuild ancient Babylon?

Isaiah 48:20
Leave Babylon, flee from the Babylonians! Announce this with shouts of joy and proclaim it. Send it out to the ends of the earth; say, The LORD has redeemed his servant Jacob.”

Saddam should not have fired rockets on Israel (the sons and daughters of Jacob) during the first Gulf war in 1991. He should also have fled from Babylon, a city that cursed it self by persecuting the exiled Jews in 586 B.C. Babylon was populated by people who was guilty of destroying Jerusalem, burning down the first temple of King Solomon. 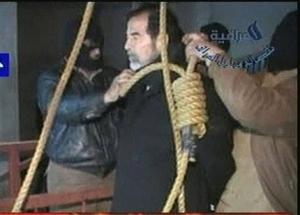 Jeremiah 50:13
Because of the LORD’s anger she will not be inhabited but will be completely desolate. All who pass Babylon will be horrified and scoff because of all her wounds.

When the US army invaded Baghdad in april 2003, the Iraqis looted Baghdad Museum. More than 30.000 pieces of images, idols and artifacts from the old Babylonian culture went missing. Others was destroyed by the looters, and was found smashed on the floor of the Museum, or on the ground outside. 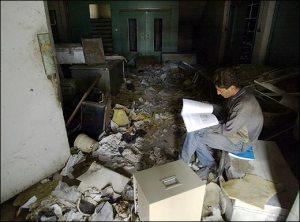 Many of these images and idols was planned shifted to a new museum inside the rebuilt Babylon. The idols never reached. Most likely for no other purposes, God of the Bible used George W. Bush (The man in the chariot) to invade Iraq and bring an end to this satanic attempt to rebuild Babylon. 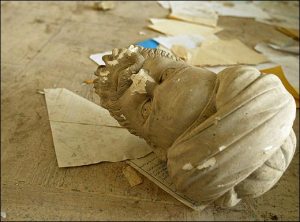 Isaiah 21:9
Look, here comes a man in a chariot with a team of horses. And he gives back the answer: ‘Babylon has fallen, has fallen! All the images of its gods lie shattered on the ground!’ “

The Babylonian images and idols never made it from Baghdad Museum to Babylon, just like the prophet Isaiah had foretold.

The US Army has built a military base at the rebuild structures of ancient Babylon, making it impossible to live there.

If there ever will be a war between Iran and the US, the Iranian government will have to destroy this base, located next to the Iranian-Iraqi border. The Iranian President Amadinejad is a member of a Islamic Messianic cult who believes that they have to rebuild Babylon and destroy Israel, before the 12 Imam can return as the «Savior of the World».

Jeremiah 51:37
Babylon will be a heap of ruins, a haunt of jackals, an object of horror and scorn, a place where no one lives.

Saddam was hanged for his fight against God of the Bible. Neither shall Amadinejad be able to rebuild ancient Babylon. The 12 Imam is a false Messiah. Those who are his servants will face a tragic end.

60 thoughts on “Rebuilding Babylon: A fight between God of the Bible and his enemies”