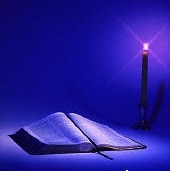 No one can serve two masters. Either he will hate the one and love the other, or he will be devoted to the one and despise the other. You cannot serve both God and Money.

Many people are fisher of money. They live for money, and they store up money. But the Messiah Jesus did not allow his students to have any other Master`s than Him. He did not call his students among the present day Investment Bankers, or among the religious or political leaders. His first students were Jewish fishermen. From that day onwards, they fished for men like you and me.

One thought on “Daily bread from the life of Y´shua”