“The Old City of Jerusalem will become a “special regime”. It will be an autonomous, self-governing entity. The Chief Administrator will have minimum reliance on the existing regimes and structures”.

This is a policy proposal from “Jerusalem Old City Initiative”. The proposal is a fruit of the “peace process”, and inter faith dialogues between Jews, Muslims, Catholics and claimed to be “Christians”. 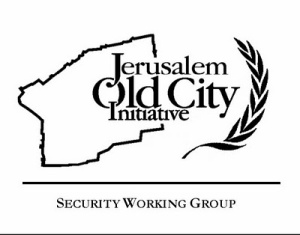 People are not aware that the planning of a the seat of the last antichrist has reached its final stages. This work got a booster after the implementation of the Oslo “peace accord”.

The final push for the end game, started with the formation of The Council of the Religious Institutions of the Holy Land in 2005. This council has Muslims, Jews, Catholics and claimed to be “Christians” in its governing body.

When you read their statement of faith, you are introduced to the final One World Religion. They try to tell us that all faiths leads to the same god. Now they plan the arrival of their leader.

“As religious leaders of different faiths, who share the conviction in the one Creator, Lord of the Universe; we believe that the essence of religion is to worship G-d and respect the life and dignity of all human beings, regardless of religion, nationality and gender”.

Did you know that both The Chief Rabbinate of Israel and the The Islamic Sharia Courts of the PA is supporting this Norwegian proposed “inter faith initiative” in Jerusalem?

And the head of this council is a Norwegian Lutheran priest, Mr. Trond Bakkevig. He is supported by the Church of Norway, and the World Council of Churches.

And when the final “peace deal” almost went through in Annapolis in November 2007, The Religious interfaith Council was getting ready to party in the Norwegian Embassy in Washington.

To get the Old City of Jerusalem ready for a “special regime” to come, The “peace makers” have formed an International work shop called “Jerusalem Old City Initiative”. This initiative is sponsored by the mainly protestant Christian republic of Canada. Their head office is at The University of Windsor in Ontario, Canada.

When you go through this web-site, reading strategic documents, reports and plans, you will be stunned by what they have suggested.

It is a copy-cat plan of the foundation of the Vatican statehood in 1929.

And the ideas of how to rule this Old City statehood in Jerusalem, seems to be collected from the governance of the present Papal system.

The final plan will be presented to the government of Israel as an offer, they simply “have to” accept.

The new statehood in Eastern Jerusalem will have a “Chief administrator” who govern a “special regime”. His powers will be  similar to the Pope of Rome.

Please take a closer look at their web-sites.

Below are some of the suggestions from Jerusalem Old City initiative.

The Chief Administrator will be lifted above the laws. He will have his own statehood, and his inhabitants will be a closed circle of faithful servants. From this seat, He can practice his lawlessness.

These suggestions are found in the summaries of the executive reports:

2. To have its own inhabitants.

4. A Council, a partly democratically elected body with power of veto over actions of the Administrator.

5. Old City as a single unit under a single administrator, having executive authority.

6. Agreement between the parties, with two national capitals, Al Quds and Yerushalayim.

7. A single Old City Police service to be established.

This is the text found in one of the strategic document on this web site.

Key Characteristics and Functions of the Special Regime

The proposed special regime, headed by a Chief Administrator, would be responsible for the efficient and equitable management and governance of the Old City, including ensuring the sanctity of and access to the Old City’s Holy Sites.

To meet these responsibilities, the special regime would require an empowered autonomous bureaucracy — one whose leadership has the confidence of both Israel and Palestine and one that is vested with both the authority and the capacity to administer, manage, and police specific aspects of the Old City and its inhabitants.

A key function of the Special Regime this regime would be to ensure equity, law, and order. Security will be the test of any peace agreement: if order in the Old City breaks down, any Israeli-Palestinian peace agreement itself will be at risk.

Thus, the Old City Special Regime would require a robust security force, with the capacity both to deliver even-handed law enforcement and justice and to confront successfully large-scale security threats, including potential efforts by extremists from the various camps seeking to undermine an Israeli-Palestinian peace agreement.

Lets take a look at a photo feature on what a second Vatican statehood in Jerusalem might look like:

First the Old City security force, as a model from the Vatican City.

Catechism (doctrines) of the Catholic Church

841 The Church’s relationship with the Muslims.

“The plan of salvation also includes those who acknowledge the Creator, in the first place amongst whom are the Muslims; these profess to hold the faith of Abraham, and together with us they adore the one, merciful God, mankind’s judge on the last day.”

94 thoughts on “Second Vatican state to be established in Jerusalem”

The World of the Banjararaja.com

DOWNLOAD my book on the origin of the Gor Banjara tribe