Bashar Assad is «the dictator of Damascus … a monkey, snake and a butcher, a liar … and a criminal».

These were the words of Walid Jumblatt, leader of Lebanon’s Druze sect, in February 2007. Last month Jumblatt sought to mend relations with Syrian President Bashar al-Assad after three years of harsh censure of the neighbouring regime. Hezbollah’s leader Hassan Nasrallah in Lebanon acted as mediator between Beirut and Damascus.

Jumblatt`s infamous speech of 2007 was held on the second anniversary of the murder in Beirut by a massive car bomb of Lebanon’s former Prime Minister Rafik Hariri. Investigations show links to Damascus.

But Jumblatt has now retracted his defamatory remarks. His serpentine branding of Assad is, however, an interesting one since Assad himself is quite comfortable in playing host to a whole nest of snakes, known by the following names: Hezbollah, Hamas, Palestinian Islamic Jihad, the Popular Front for the Liberation of Palestine, and the Popular Front for the Liberation of Palestine-General Command. There are also other, lesser known snakes slithering among them. All have offices in Damascus and operate within Syria’s borders. It’s become a routine matter for Syria, intertwined with Iran, to provide protection and resources for terrorist organisations. 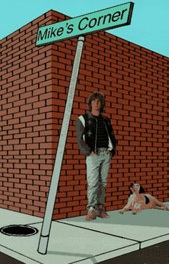 In February the “Persian horned viper”, Mahmoud Ahmadinejad, met with fellow snakes Assad and Nasrallah in Damascus to let their venom drip down on the Zionists. Assad said Syria was “facing an entity that is capable of aggression at any point, and we are preparing ourselves for any Israeli aggression, be it on a large or small scale”.

Just before Easter, Syrian Foreign Minister Walid Moallem announced that he opposed an Arab peace initiative and was working to cancel it. Saudi Arabia and Egypt were reportedly working together to thwart the Syrian plan to cancel the initiative, which calls for Arab states to normalise ties with Israel in exchange for a complete Israeli withdrawal from the “West Bank” and East Jerusalem, and finding a “just” solution to the Palestinian refugee issue.

Syria is showing itself to be in serious warmonger mode. The country’s rhetorical reptiles fancy themselves having extra long fangs since their chemical weapons are now being beefed up by Ahmadinejad’s shiny new nukes.

After registering several incidents where state-sponsored acts of terror were traced back to Syria, Israel has warned Damascus that the city will be “levelled” if there was ever a nuclear attack on Israel. A source in the Israeli Government is reported to have said, “If this brings about Isaiah 17, so be it”.

What’s the reference to Isaiah 17 all about? Deciphered, it means D-day for Damascus. The first and last words of the Old Testament prophesy sum it all up: “See, Damascus will no longer be a city but will become a heap of ruins … In the evening, sudden terror! Before the morning they are gone!”.

The oldest continuously inhabited city on the planet, Damascus has witnessed at least 5,000 years of human history. The assertion that the destruction of Damascus has already happened at one time in the ancient past is based on a fallacy.

In any case, Isaiah 17 is one of those biblical predictions that are concise and clear-cut. The scriptures make it absolutely clear that the city will cease to exist. This destruction of Damascus will happen without warning and after dark. Before the sun rises the following day, the inhabitants of Damascus will be gone – all 1.699 million – and its total and physical annihilation complete. The metropolitan area of the Syrian capital that would be affected is home to over 4 million people. The eradication of up to 20 percent of the country’s population is a high price to pay for extremist attempts at moonscaping Israel.

Nuclear experts say that Israel is a “one-bomb country”. But the God of Israel will surely deflect any incoming atomic rocket on the way from Iran. Through divine diversion the nuclear device headed toward “the fair land” could be detonated right over the world’s worst concentration camp of anti-Zionism – Damascus. There will be a huge amount of collateral damage besides reptilian warlords biting the dust.

How do you kill a snake?

You go beyond the necessary. In an unexplainable and needless use of force, every fibre of your body is focused on the destruction of the beast. God feels the same way about a certain arboreal nest of human vipers possessed by Satan, the old serpent. That’s why the celestial snake slayer cremates the creatures by incinerating the whole tree they’re hiding in. Assad and his company will never be able to stand against God’s wrath.

Assad’s father, the late President Hafez al-Assad, called Israel “Southern Syria”. But Jesus Christ, who has already bruised the old serpent’s head, is going to have the last word. He can turn Syria into an Israeli province, just as it was a vassal state of Israel under King David. And any city fighting Jerusalem for supremacy has to suffer the consequences. A Damascus undone will pose no threat in an end-time scenario.

Here’s another reason why Damascus is doomed – the Islamic hadiths. They state that Jesus is first returning to Damascus. Well, the Muslims are in for a nasty shock. When there’s no City of Jasmine, the Mahdi-believing Shiites will have to come up with a new alternative. They could always try a snake-free City of David.