«If the US does not get serious about stopping the Iranian nuclear program, it is going to have to deal with a Middle East in flames». 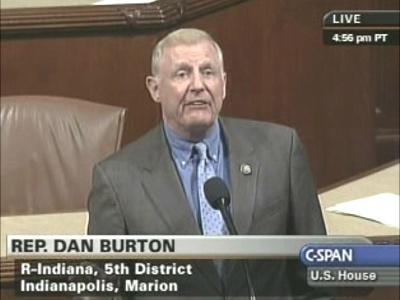 This is what the US congressional leader Dan Burton (R-IN) told the powerful House Foreign Affairs Committee on Wednesday. He warned that US failure will force an Israel preemptive strike on the Islamic Republic.

Burton noted that after years of international diplomatic efforts, Iran is still enriching uranium with the expected intention of building a nuclear weapon. This, warned Burton, Israel cannot and will not allow to continue past a certain point.

If Washington does not want the much larger task of calming a Middle East embroiled in war, it should get more serious about the comparatively smaller task of strong-arming the Iranian regime into giving up its nuclear quest, Burton implied.

The congressman’s warning echoed that of French Foreign Minister Bernard Kouchner on Monday, when he told London’s Daily Telegraph that Israel “will not tolerate an Iranian bomb,” and will eventually attack Iranian nuclear facilities if the international community fails to come up with another solution.