«Jews believed to be active Zionists would be interned as political prisoners and their assets confiscated. Their bank account be frozen and used to finance resistance to ‘Zionist ambitions in Palestine».

Arab League countries contemplated discriminatory laws against their own Jewish citizens reminiscent of the Nazi Nuremberg laws. On Jan. 19. 1948, the World Jewish Congress submitted a memorandum on the whole problem to the Economic and Social Council, asking for urgent action during the spring session of the Council.

This is a part of an introduction by Ami Isseroff, that has a copyright from 2007. The document below is provided under the doctrine of fair use for educational purposes.

Three years after the Holocaust had wiped out European Jews, Arab countries seemed to be threatening to wipe out Asian and North African Jews. Apparently, the report was “debated,” but no no decisions were taken.

• “All Jewish citizens…will be considered as members of the Jewish minority of the State of Palestine and will have to register [“within 7 days”] with the authorities of the region wherein they reside, giving their names, the exact number of members in their families, their addresses, the names of their banks and the amounts of their deposits in these banks…”2 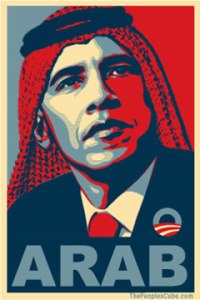 • “Bank accounts of Jews will be frozen. These funds will be utilized in part or in full to finance the movement of resistance to Zionist ambitions in Palestine.”3

• “Only Jews who are subjects of foreign countries will be considered ‘neutrals.’ These will be compelled either to return to their countries, with a minimum of delay, or be considered Arabs and obliged to accept active service in the Arab army.”4

• “Every Jew whose activities reveal that he is an active Zionist will be considered as a political prisoner and will be interned in places specifically designated for that purpose by police authorities or by the Government. His financial resources, instead of being frozen, will be confiscated.”5

• “Any Jew who will be able to prove that his activities are anti-Zionist will be free to act as he likes, provided that he declares his readiness to join the Arab armies.”6

• “The foregoing…does not mean that those Jews will not be submitted to paragraphs 1 and 2 of this law.”7

As reported in a 1948 New York Times article by Mallory Browne, Jews in Arab countries faced great perils when Israel became a state. Arab League countries contemplated discriminatory laws against their own Jewish citizens reminiscent of the Nazi Nuremberg laws. On Jan. 19. 1948, the World Jewish Congress submitted a memorandum on the whole problem to the Economic and Social Council, asking for urgent action during the spring session of the Council.

Read more about the crowning of US Presidents thats take place in Saudi Arabia: Click here