«The U.S. will be exposed globally as weak and ineffective». 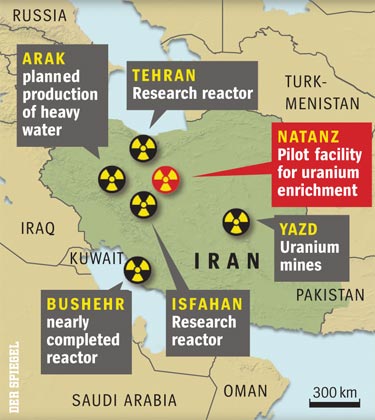 «The first implication of Iran becoming a nuclear state will be to drive home the extreme helplessness of the international community in the face of a determined nuclear proliferator».

«As the U.S. has signaled its distaste for military force and has given Israel a clear red light in this regard, the likely scenario at present is that Iran’s going nuclear will come in the wake of a long, drawn-out and failed U.S. attempt to engage Iran».

«After assuming the role of the major external player facing Iran, then abandoning both economic and military pressure, it will be primarily a U.S. failure when Iran ultimately goes nuclear».

He is a senior research associate and director of the Arms Control and Regional Security Project at the Institute for National Security Studies at Tel Aviv University. (bitterlemons-international)

One thought on “Likely International failure to stop a nuclear Iran”