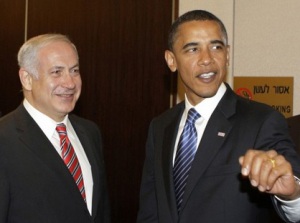 «Many Israelis say they specifically voted for Netanyahu to stand against such pressure».

Settler leader Dani Dayan appealed to Prime Minister Benjamin Netanyahu not to halt settlement expansion in Judea and Samaria, speaking during a press conference on Monday.

When Prime Minister Benjamin Netanyahu goes to the White House next week, he will come under pressure to halt settlement expansion in Judea and Samaria. Dani Dayan is the head of Council of Jewish Communities of Judea, Samaria and the Gaza Strip. At a press conference on Monday, Dayan explained that in the past year, about 2,100 couples got married and registered themselves in Judea and Samaria, but there were only enough new apartments for 400 of them, and the rest were unable to live close to their parents in the settlements.

According to some settler leaders it’s becoming critical, even causing «a silent evacuation of hundreds of young couples from Judea and Samaria». These numbers are contested by the Central Bureau of Statistics, which registered 1,584 new apartment units as completed in 2008. Dayan said that the numbers were misleading because most new housing was for haredi neighborhoods like Modiin Illit where national religious and secular families would not live.

We need to keep on praying for the young Jewish setters, who claim that the eternal promises of God of he Bible is still valid. If God of the Bible do not stand with His eternal promises of a homeland for the Jewish people on the mountains in Zion, than He is a false God.

Our faith in the God of Abraham, Isaac and Jacob would become a dead faith.