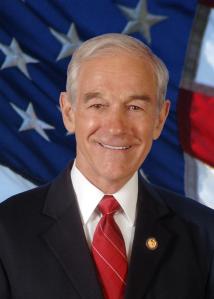 The image, posted on a Ron Paul supporter’s site, depicted a bucket of money pouring through a funnel with a Star of David. The money transformed into a pool of blood in which a figure holding a Palestinian flag was drowning.

«Uncle Sam Reminds You: Keep Paying Taxes,», the poster read in promoting an April 15 rally in San Mateo. “The ongoing extermination of Palestinian Children Can’t be Done Without Your Help.”

State GOP Chairman Ron Nehring condemned the imagery, which he said detracted from an important protest over government spending and taxes. He blamed the poster on “fringe” elements who were using the taxpayer movement to promote anti-Semitism.

State Sen. Leland Yee, a Democrat whose district includes San Mateo, criticized the image as an «obscene use of race-baiting».
-This incendiary act must not go unchallenged,” he said in a statement.
The poster was on the “Bay Area Ron Paul Campaign for Liberty” Web site but can no longer be viewed publicly.

The site organizer, Kathy McGrade, told The Associated Press in an e-mail Wednesday that no offense was intended but that the image “represents a point made by many people before: U.S. financial aid for the Israeli government which comes from U.S. taxpayers, funds the harsh handling, and sadly, the death of innocent Palestinians.”

She said her site was not officially affiliated with Paul, a Republican congressman from Texas who ran for president last year. Paul’s Campaign for Liberty said its lawyer was sending McGrade a “cease and desist” letter.
– We don’t have anything to do with them and we don’t abide with that sort of imagery,” said Jesse Benton, spokesman for the Alexandria, Va.-based group.
Rachel Mills, a spokeswoman for Paul’s congressional office, said she could not comment.